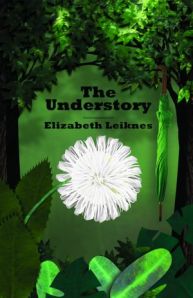 Story Easton knows the first line of every book, but never the last.

She never cries, but she fakes it beautifully.

And at night, she escapes from the failure of her own life by breaking into the homes of others, and feeling, for a short while, like a different, better person.

But one night, as an uninvited guest in someone’s empty room, she discovers a story sadder than her own: a boy named Cooper Payne, whose dream of visiting the Amazon rainforest and discovering the moonflower from his favorite book, Once Upon a Moonflower, died alongside his father.

For reasons even she doesn’t entirely understand, Story decides that she will help Cooper and his mother. She will make his dream come true.

When the decision is made, the lives of other broken people start to come together: Hans Turner, the door-making magician who can’t shut the door on his past; Martin Baxter, the author of Cooper’s beloved book, who wrote it with the daughter he misses every day; and Claire Payne, Cooper’s mother, struggling to keep her son sheltered from the anger that threatens to consume her.

The Understory is a magical, moving, funny, and poignant story of failure and success; of falling apart and rebuilding; and of coincidences that never really are. Part comedy, part drama, and part fairy tale, Elizabeth Leiknes’s second novel is a wonder you won’t soon forget.

THE UNDERSTORY is one of those books that will stay in my thoughts for a long time. It’s an enchanting modern fairy tale full of silliness and sadness, humor, heartbreak and hope. The story is about, well, a young woman named “Story” whose odd quirk brings together a group of people all suffering from the loss of a loved one.

Story Easton is so strange that I couldn’t help but like her. She feels like such a failure in her own life that at night, she breaks into other people’s houses to sleep in their beds (or guest beds). But, why? It’s Story’s way of escaping her own dismal existence to become someone else for the night.

It’s on two of her uninvited sleepovers that she meets a small group of people whose lives and pain are interconnected, though they have no idea. One of them is Cooper Payne. His father promised to take him to the rainforest to find the magical box written about in his favorite book on his ninth birthday. Cooper’s dad was killed before he could fulfill his promise. When Story hears about this, she takes it upon herself to see that Cooper’s wish is granted. This is her chance to finally succeed at something, and she’s determined not to let the boy’s belief in magic die.

This was such a sweet and touching story. There were many funny moments and a few very sad ones, too. The author did a flawless job weaving together the lives of her complicated characters; just when you think a group of strangers can’t get any closer, they do! Now, there were one or two instances in the book that were not realistic at all, but if readers can suspend disbelief just for a bit, they’ll really enjoy Elizabeth Leiknes’ quirky and uplifting story.