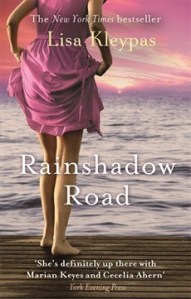 Lucy Marinn is a glass artist living in mystical, beautiful, Friday Harbor, Washington. She is stunned and blindsided by the most bitter kind of betrayal: her fiancé Kevin has left her. His new lover is Lucy’s own sister. Lucy’s bitterness over being dumped is multiplied by the fact that she has constantly made the wrong choices in her romantic life.

Facing the severe disapproval of Lucy’s parents, Kevin asks his friend Sam Nolan, a local vineyard owner on San Juan Island, to “romance” Lucy and hopefully loosen her up and get her over her anger. Complications ensue when Sam and Lucy begin to fall in love, Kevin has second thoughts, and Lucy discovers that the new relationship in her life began under false pretenses. Questions about love, loyalty, old patterns, mistakes, and new beginnings are explored as Lucy learns that some things in life—even after being broken—can be made into something new and beautiful.

When Lucy Marinn was seven years old, three things happened: Her little sister Alice got sick, she was assigned her first science fair project, and she found out that magic existed.

Conclusion: I enjoyed the first book in the Friday Harbor series, so I was surprised when this one fell short of my expectations. Regardless, I will definitely give this series another try, especially since the next book has a ghostly presence. :-)