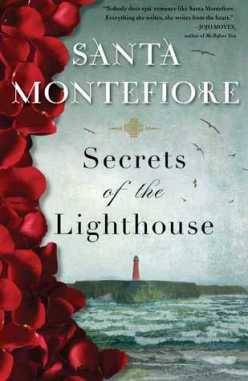 Ellen Trawton is running away from it all. She hates her job, she doesn’t love the aristocratic man to whom she is engaged, and her relationship with her controlling mother is becoming increasingly strained. So Ellen leaves London, fleeing to her aunt’s cottage in Connemara. Cutting ties with London society, Ellen gives in to Ireland’s charm and warmth, thinking her future may lie where so much of her past has been hidden. Her imagination is soon captured by the ruins of a lighthouse where, five years earlier, a young mother died in a fire. The ghost of the young wife, Caitlin, haunts the nearby castle. Unable to move on, she watches her husband and children, hoping they might see her and feel her love once more. But she doesn’t anticipate her husband falling in love again…

SECRETS OF THE LIGHTHOUSE transported me to the magical coast of western Ireland, and I savored the journey. I also enjoyed the story, even though I wanted to throttle the heroine several times. Ellen is a 33-year old modern woman, so I had no idea why she felt she had to live with her parents and do as she’s told. *scratches head* Thank goodness she ran away to Ireland to track down her mother’s estranged family!

Ellen’s time in Connemara with her Aunt Peg turned her world on end as secrets from her mother’s past were discovered. I enjoyed seeing Ellen’s character grow and mature throughout the book, though sometimes she was oblivious to the truth staring her in the face. I can’t forget to mention Connor, the brooding widower that Ellen falls for. He has some heavy emotional baggage, including the ghost of his wife who died five years earlier. Caitlin is still obsessed with her husband, and she’s none too pleased about him loving another woman. Other than Aunt Peg, Caitlin was probably my favorite character, and I loved seeing her transformation as well.

The audiobook was narrated by Susan Riddell, and she did well with the Irish and English accents, and the wide range of emotions the characters experienced. Anyone who loves Gothic romances, ghost stories, and Irish settings should give this book a read or listen.