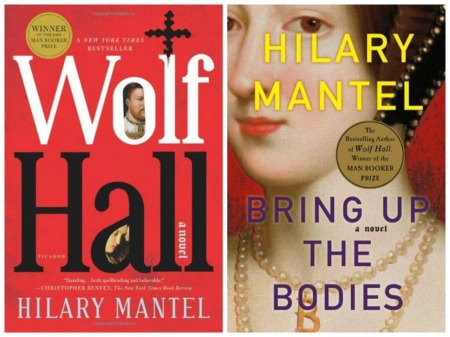 In the ruthless arena of King Henry VIII’s court, only one man dares to gamble his life to win the king’s favor and ascend to the heights of political power. 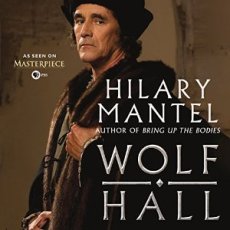 England in the 1520s is a heartbeat from disaster. If the king dies without a male heir, the country could be destroyed by civil war. Henry VIII wants to annul his marriage of twenty years, and marry Anne Boleyn. The pope and most of Europe opposes him. The quest for the king’s freedom destroys his adviser, the brilliant Cardinal Wolsey, and leaves a power vacuum.

Into this impasse steps Thomas Cromwell. Cromwell is a wholly original man, a charmer and a bully, both idealist and opportunist, astute in reading people and a demon of energy: he is also a consummate politician, hardened by his personal losses, implacable in his ambition. But Henry is volatile: one day tender, one day murderous. Cromwell helps him break the opposition, but what will be the price of his triumph?

In inimitable style, Hilary Mantel presents a picture of a half-made society on the cusp of change, where individuals fight or embrace their fate with passion and courage. With a vast array of characters, overflowing with incident, the novel re-creates an era when the personal and political are separated by a hairbreadth, where success brings unlimited power but a single failure means death.

BRING UP THE BODIES

The sequel to Hilary Mantel’s 2009 Man Booker Prize winner and New York Times bestseller, Wolf Hall delves into the heart of Tudor history with the downfall of Anne Boleyn. 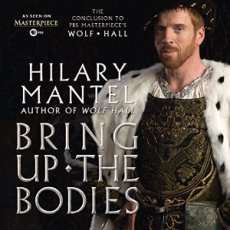 Though he battled for seven years to marry her, Henry is disenchanted with Anne Boleyn. She has failed to give him a son and her sharp intelligence and audacious will alienate his old friends and the noble families of England. When the discarded Katherine dies in exile from the court, Anne stands starkly exposed, the focus of gossip and malice.

At a word from Henry, Thomas Cromwell is ready to bring her down. Over three terrifying weeks, Anne is ensnared in a web of conspiracy, while the demure Jane Seymour stands waiting her turn for the poisoned wedding ring. But Anne and her powerful family will not yield without a ferocious struggle. Hilary Mantel’s Bring Up the Bodies follows the dramatic trial of the queen and her suitors for adultery and treason. To defeat the Boleyns, Cromwell must ally with his natural enemies, the papist aristocracy. What price will he pay for Anne’s head?

After hearing so much buzz for so long about this series, I decided to dive in and listen to the audiobooks. Overall, I thought the books were very good and lived up to the hype. I enjoyed that they were tales of the Tudors told from the point of view of Thomas Cromwell, someone who usually doesn’t have the spotlight.

I found Hillary Mantel’s Cromwell a compelling character. He was an ambitious self-made man, the abused son of a blacksmith who rose to become Henry VIII’s Principal Secretary and chief adviser (among other titles).  In spite of his ruthless, power-hungry nature, he had a charming, witty, vulnerable side that appealed to me.

The first book, WOLF HALL, covers Cromwell’s rise to power and his involvement in Henry VIII’s divorce from Catherine. The second, BRING UP THE BODIES, is all about the downfall of Anne Boleyn and the hand that Cromwell played. Anything to stay in the king’s good graces!

This series brings the political intrigue of the Tudor court and all of the major players to life. There were some slow-paced and dry parts to the books, but for the most part, I was hooked. BRING UP THE BODIES was my favorite of the two, mainly because Anne Boleyn’s story is so fascinating to me.

The audio performances were by Simon Slater (WOLF HALL) and Simon Vance (BRING UP THE BODIES). I thought that listening to their narrations really added to my enjoyment of the books. Their accents and voices for the different characters were fantastic. I particularly loved Slater’s voice for Cardinal Wolsey — exactly how I’d think he’d sound.

So, yes, there will be one more in the series that concludes Cromwell’s story, called THE MIRROR AND THE LIGHT (according to Goodreads). Life is good when the king loves you, but when he doesn’t…eek.