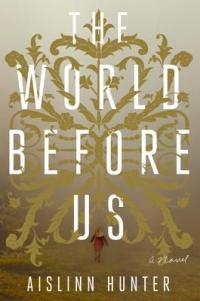 Deep in the woods of northern England, somewhere between a dilapidated estate and an abandoned Victorian asylum, fifteen-year-old Jane Standen lived through a nightmare. She was babysitting a sweet young girl named Lily, and in one fleeting moment, lost her. The little girl was never found, leaving her family and Jane devastated.

Twenty years later, Jane is an archivist at a small London museum that is about to close for lack of funding. As a final research project–an endeavor inspired in part by her painful past–Jane surveys the archives for information related to another missing person: a woman who disappeared more than one hundred years ago in the same woods where Lily was lost. As Jane pieces moments in history together, a portrait of a fascinating group of people starts to unfurl. Inexplicably tied to the mysterious disappearance of long ago, Jane finds tender details of their lives at the country estate and in the asylum that are linked to her own heartbroken world, and their story from all those years ago may now help Jane find a way to move on.

THE WORLD BEFORE US wasn’t my cup of tea, unfortunately. After reading the blurb, I was expecting the book to be about Jane (or someone) solving the mystery of Lily’s disappearance, and figuring out how it was connected to the Victorian woman who went missing. Nope, not at all. While some questions were answered, the ending was unsatisfying.

The language and descriptions in the story were beautiful, and that probably kept me reading. I also enjoyed that the story was told by a collective “we,” and it takes a while to figure out who is included in the group. It seemed like a lengthy book, with much of the story taking place during the later Victorian years. I think it probably rambled on too long in the historical parts, while the “Lily” mystery was neglected.

Intriguing premise and lovely writing, though the lack of resolution in the end was disappointing.