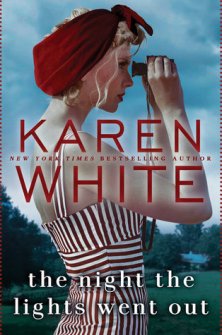 Recently divorced, Merilee Talbot Dunlap moves with her two children to the Atlanta suburb of Sweet Apple, Georgia. It’s not her first time starting over, but her efforts at a new beginning aren’t helped by an anonymous local blog that dishes about the scandalous events that caused her marriage to fail.

Merilee finds some measure of peace in the cottage she is renting from town matriarch Sugar Prescott. Though stubborn and irascible, Sugar sees something of herself in Merilee—something that allows her to open up about her own colorful past.

Sugar’s stories give Merilee a different perspective on the town and its wealthy school moms in their tennis whites and shiny SUVs, and even on her new friendship with Heather Blackford. Merilee is charmed by the glamorous young mother’s seemingly perfect life and finds herself drawn into Heather’s world.

In a town like Sweet Apple, where sins and secrets are as likely to be found behind the walls of gated mansions as in the dark woods surrounding Merilee’s house, appearance is everything. But just how dangerous that deception can be will shock all three women…

In THE NIGHT THE LIGHTS WENT OUT, Karen White intertwines the lives of two strong Southern women while telling a story of secrets, survival, starting over, and friendship. The star of this book is most definitely Miss Sugar Prescott. She’s a lifelong resident of Sweet Apple, Georgia, a place that may seem perfect on the surface, but what lies beneath is a different story.

Now in her mid-90s, Sugar is still tough, headstrong, and sharp as a tack. Sugar rents a cottage on her property to Merilee Dunlap, a recently divorced mom with two children in tow. Merilee’s life in Sweet Apple won’t be what she expected, but luckily she’s got Sugar on her side.

This book alternates between Sugar in the past (early 1930s) and Merilee’s ordeal in present day Sweet Apple. All around I just enjoyed Sugar’s story and character the best. Other parts I found a bit predictable and hard to believe, but overall it was an enjoyable read – nice blend of mystery, historical fiction, Southern drama, and a dash of romance. The ending was very exciting!