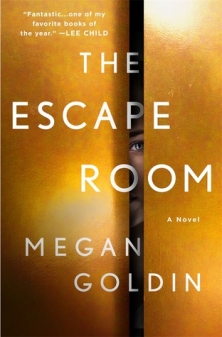 Welcome to the escape room. Your goal is simple. Get out alive.

In the lucrative world of finance, Vincent, Jules, Sylvie, and Sam are at the top of their game. They’ve mastered the art of the deal and celebrate their success in style ― but a life of extreme luxury always comes at a cost.

Invited to participate in an escape room as a team-building exercise, the ferociously competitive co-workers crowd into the elevator of a high rise building, eager to prove themselves. But when the lights go off and the doors stay shut, it quickly becomes clear that this is no ordinary competition: they’re caught in a dangerous game of survival.

Trapped in the dark, the colleagues must put aside their bitter rivalries and work together to solve cryptic clues to break free. But as the game begins to reveal the team’s darkest secrets, they realize there’s a price to be paid for the terrible deeds they committed in their ruthless climb up the corporate ladder. As tempers fray, and the clues turn deadly, they must solve one final chilling puzzle: which one of them will kill in order to survive?

THE ESCAPE ROOM is a crazy & claustrophobic thrill ride. Four of the most unlikable investment bankers you’ll ever come across are summoned to a team-building exercise in the elevator of a vacant high rise office building. They’re not inside long before realizing there’s something sinister about this particular escape room challenge…

I went into this book not knowing much about the plot, and I think that’s the best way to read it. The chapters alternate between time in the elevator, and time before, where we get a good look at the four “contestants,” Vincent, Sylvie, Sam, and Jules. Really, their life & work style made me cringe. It’s hard to believe people would live, work, and behave this way for the sake of money, money, money.

It was fun trying to figure out the puzzle as the elevator occupants sweated away & got to learn more about each other than they bargained for. This book is a darkly satisfying thriller that might make you think twice about willingly entering an escape room!

2 thoughts on “THE ESCAPE ROOM by Megan Goldin {Review}”

Hello! My name is Diana, and I’m a Gen X bookworm living in Kansas. 🌻 I’ve been blogging about books since 2010.

Fiction is my favorite genre, and I especially enjoy reading suspense/thrillers, mysteries, historical fiction, women’s fiction, and Gothic novels. In recent years I’ve branched out to include YA and middle grade reviews on my blog.

Please find me around the web via the social buttons below. Happy reading! 📚

THE SANATORIUM was probably my most anticipated read for early 2021, but unfortunately it didn't live up to that delicious creepy gothic cover. This book is very popular now so I don't want to rehash the plot. Here it is in a nutshell:
✨ THE IN-BETWEEN by Rebecca K.S. Ansari is an enjoyable middle grade mystery-fantasy combo with relatable characters and intriguing twists!
📚 ARC Book Mail 🤩 A big ✨thank you✨ to the publishers for sending copies of their upcoming spring & summer books!!
February Reading Wrap-Up time! I read seven books, plus one I didn’t finish. How was your February?