From the New York Times bestselling author of Find You First and Elevator Pitch comes a gripping psychological thriller about a formerly missing woman who has suddenly returned under mysterious circumstances.

One weekend, while Andrew Mason was on a fishing trip, his wife, Brie, vanished without a trace. Most everyone assumed Andy had got away with murder — it’s always the husband, isn’t it? — but the police could never build a strong case against him. For a while, Andy hit rock bottom — he drank too much to numb the pain, was abandoned by all his friends save one, nearly lost his business, and became a pariah in the place he once called home.

Now, six years later, Andy has finally put his life back together. He sold the house he once shared with Brie and moved away. To tell the truth, he wasn’t sad to hear that the old place was razed and a new house built on the site. He’s settled down with a new partner, Jayne, and life is good.

But Andy’s peaceful world is about to shatter. One day, a woman shows up at his old address, screaming, “Where’s my house? What’s happened to my house?” And then, just as suddenly as she appeared, the woman — who bears a striking resemblance to Brie — is gone. The police are notified and old questions — and dark suspicions — resurface.

Could Brie really be alive after all these years? If so, where has she been? It soon becomes clear that Andy’s future and the lives of those closest to him depend on discovering what the hell is going on. The trick will be whether he can stay alive long enough to unearth the answers.

TAKE YOUR BREATH AWAY is another brilliant psychological thriller from Linwood Barclay. He writes complex, flawed characters who get wrapped up in dreadful situations. The tension and sense of foreboding in this book had my stomach in knots. I love how it was intricately plotted with twists up until the very end. It seemed like everyone in this book had something to hide, and I kept guessing wrong as to who was responsible for what in this multi-layered mystery. I hesitate to mention anything about the plot because of spoilers, so I’ll just say that I would highly recommend this book to fans of family drama-thrillers. Loved it! 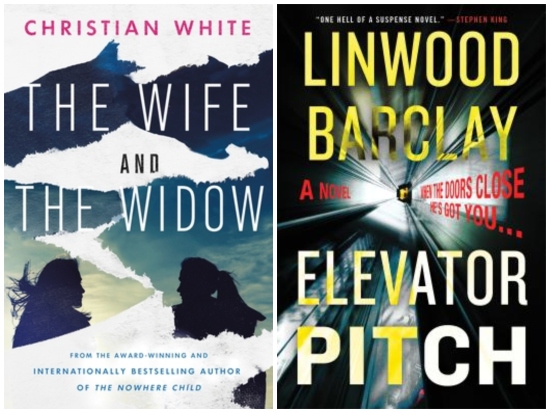 The Wife and the Widow by Christian White
My rating: 4.5 of 5 stars

Dark secrets are a terrible burden! THE WIFE AND THE WIDOW is a fast-paced family drama/thriller told in the alternating POVs of the two title characters — a wife and a widow. The big question that kept me flipping the pages is how are their stories connected? I love those mind-bending twists that make me stop and say, “Wait, WHAT?!? This book had the perfect one for these troubled characters. Haunting and gripping. {Borrowed from the library.}

Elevator Pitch by Linwood Barclay
My rating: 4 of 5 stars

Tense, twisty, and scary! Tall buildings and elevators make me nervous to begin with, so this book only made my phobias worse…eek! ;-) In the latest thriller from Linwood Barclay, the whole of New York City is at the mercy of a terrorist sabotaging elevators. Are the buildings being targeted randomly? Who is behind the attacks and why? Two police detectives and a journalist rush to put the pieces together before another elevator disaster kills more innocent people. Elevator Pitch is an intense and entertaining read. Fantastic follow up to A Noise Downstairs. {Borrowed from the library.} 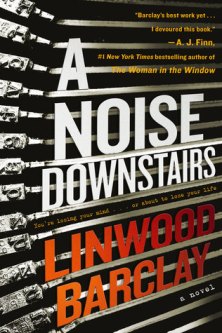 The New York Times bestselling author of NO TIME FOR GOODBYE returns with a haunting psychological thriller that blends the twists and turns of Gillian Flynn with the driving suspense of Harlan Coben, in which a man is troubled by odd sounds for which there is no rational explanation.

College professor Paul Davis is a normal guy with a normal life. Until, driving along a deserted road late one night, he surprises a murderer disposing of a couple of bodies. That’s when Paul’s “normal” existence is turned upside down. After nearly losing his own life in that encounter, he finds himself battling PTSD, depression, and severe problems at work. His wife, Charlotte, desperate to cheer him up, brings home a vintage typewriter—complete with ink ribbons and heavy round keys—to encourage him to get started on that novel he’s always intended to write.

However, the typewriter itself is a problem. Paul swears it’s possessed and types by itself at night. But only Paul can hear the noise coming from downstairs; Charlotte doesn’t hear a thing. And she worries he’s going off the rails.

Paul believes the typewriter is somehow connected to the murderer he discovered nearly a year ago. The killer had made his victims type apologies to him before ending their lives. Has another sick twist of fate entwined his life with the killer—could this be the same machine? Increasingly tormented but determined to discover the truth and confront his nightmare, Paul begins investigating the deaths himself.

But that may not be the best thing to do. Maybe Paul should just take the typewriter back to where his wife found it. Maybe he should stop asking questions and simply walk away while he can…

A NOISE DOWNSTAIRS is a creepy, twisty, and addictive thriller. One night professor Paul Davis stumbles across a colleague attempting to dispose of two bodies along a desolate road; eight months later, Paul is still suffering with the trauma. To lift his spirits, his wife buys him an old-fashioned typewriter in hopes that he’ll start writing again. But, poor Paul, late at night he’s the only one who can hear the typewriter’s keys tapping away on their own, and he’s convinced it had something to do with the double murder eight months ago.

I flew through this book it was so good! The mystery of the noise downstairs had me freaking out. I would be terrified to think my typewriter was possessed. This was a suspenseful, multi-layered mystery, and all the parts came together skillfully. One particular twist toward the end had me floored. Wha??? I had to reread it a couple of times to make sure it really happened. Weeks after reading this book, I’m still stunned! Wow. This is the first book by Linwood Barclay I’ve read, and I’m already a fan. 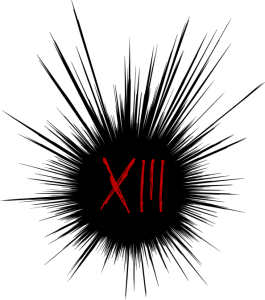